A community campaign group has launched its first School of Activism this week, designed to teach people skills to change the world.

Running from 3-22 April, the 20-day event will see a series of workshops and activities, including documentary making, flash mob training and guides to the importance of privacy.

The events will take place across Stokes Croft, organised as a response to people in Bristol feeling powerless about rising poverty, Brexit and climate change.

“Rather than try to run a series of lectures on how depressing everything is, we instead wanted to put together a programme of activities.” 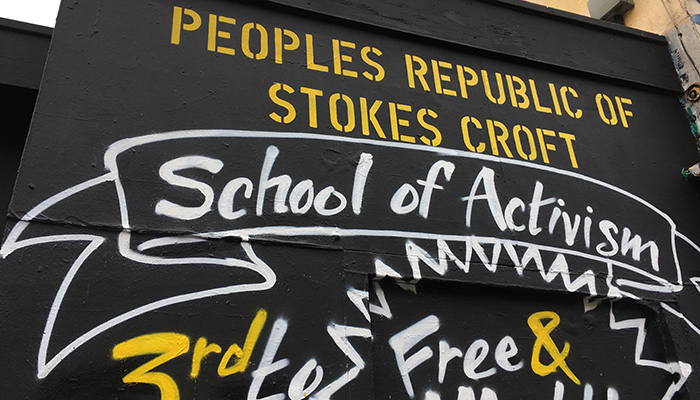 The School of Activism has been organised in collaboration with other well-known campaigning groups such as Extinction Rebellion, which hit the headlines earlier this week when activists stripped half naked in the Houses of Parliament.

Activists, journalists, comedians and street artists will be running workshops, which are either free or run on a donation basis.

The workshops are designed to teach creative skills that can be used to creative obvious impact, such as giving people a voice through DJ lessons and public speaking workshops.

“What we really want is for people who may otherwise be marginalised or excluded, who haven’t felt they know what they can do to address a problem, might come away from this with all the tools at their disposal to make a change,” said Lisa.

Events were specifically organised across the Easter holidays to offer alternative activities for people in the area, no matter their experience level.

“The people who live in this area tend to have quite low income, so we really wanted to give people something for their kids to do over the holidays that didn’t cost too much and is quite creative,” she added. 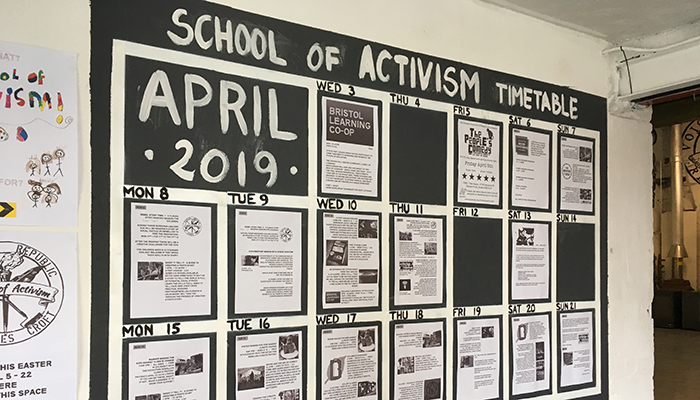 Sue Killrow, from Stokes Croft China, will be running two workshops as part of the School of Activism, on organising flash mobs and projecting political slogans in Political Propaganda Bombing.

“A lot of the time campaigning is about getting good media and good knowledge, people need to know what they’re talking about,” explained Sue.

“There needs to be things that people can just do that they find interesting and not patronising. Not everybody wants to play football or go to drama school.”

Collaborative projects will be the focus of the School of Activism, including a mural at their headquarters that will be finished by the community at an event on Sunday.

The People’s Republic of Stokes Croft have become a well-known group in the Stokes Croft and Gloucester Road area for their activism on issues including housing, gentrification and alternative food sourcing.

People from the age of eight up are encouraged to get involved in everything from puppet making to responsible plastic recycling workshops. 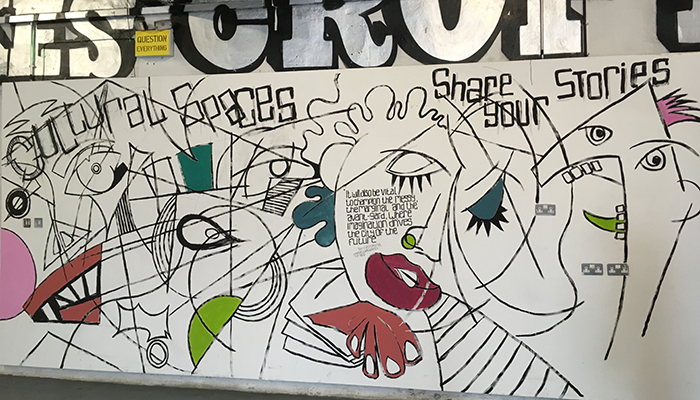