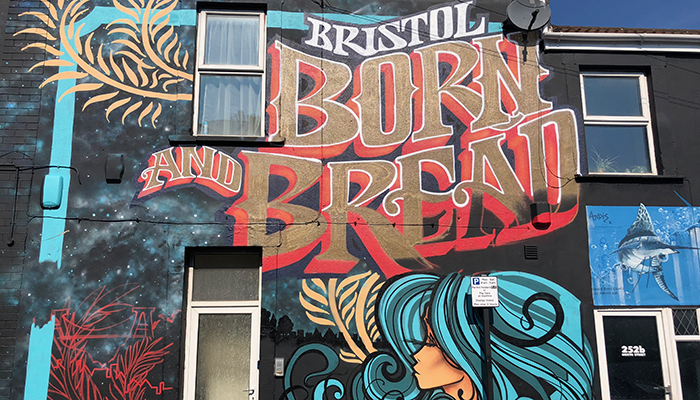 Bristol has been voted the most artistic city of 2019.

The survey was conducted by Premier Inn, and is based on a number of factors including how many art museums and live music gigs are in the area.

Famously known for being the home of both Banksy and Europe’s largest street art festival, Upfest, Bristol has a lot of creativity to offer.

Paul Roberts, Upfest Gallery Manager, believes that this is an accurate win for Bristol.

“It’s seen as an iconic city for graffiti, which then sort of turned into street art stuff,” he said.

He views Bristol’s art scene as one of the main attractions for why people decide to come here.

“I get people from all over the world that come to Upfest, we had over 50 countries represented last year,” he said.

There was though a mixed reaction on the streets of Southville in the wake of the announcement.

One local said: “Some of my friends have been down from Wolverhampton just to look at the graffiti and the street art in Bristol, it’s quite fantastic.”

But another said: “Personally, I’m not so keen on the graffiti around North Street… the Upfest, I know a lot of people love it but to me, I don’t find that at all pleasing.”

Bristol also took another win this week with Southville being named by the Sunday Times the second best place to live in the UK.

Despite mixed reactions from the public, Claire Ham, Sales Negotiator at Ocean Estate Agents in Southville, believes the street art is one of the main reasons for this.

“They do a lot to regenerate the area, with Upfest and the graffiti, it’s changed lots over the last 15 years,” she said.