New Eelam: Spike Island exhibition asks, is this the future of global living?

By David Sturgess on May 7, 2019   Assessment Submission

Spike Island is playing host to a radical new housing company who’s concepts merge art, technology and architecture in the pursuit of a better world.  New Eelam’s founder Chrisopher Kulendran Thomas, is envisioning life without borders and a future where people are able to move freely without fear of prejudice. His company wants to offer people the […] 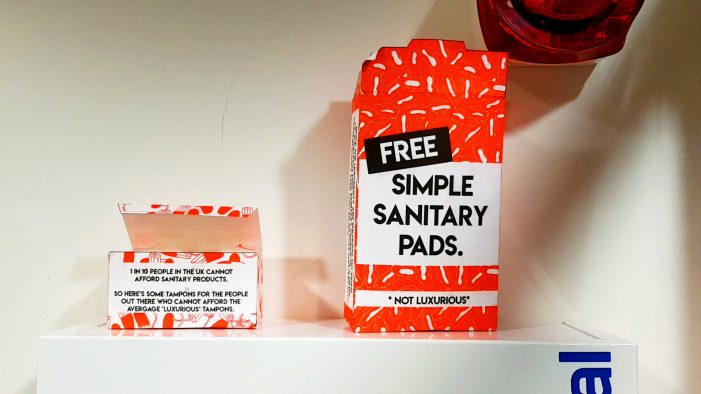 A student is using her own money to provide sanitary products for her fellow UWE students. Daisy Wakefield, 22, has provided packs of ‘simple sanitary pads’ throughout the bathrooms at Bower Ashton campus. FREE SANITARY PRODUCTS FOR ALL!!! After many emails saying “I’ll get back to you” or “I’m not sure” I’m tired of uwebristol […]

A St Anne’s couple have been jailed after they forced a man to live in a cupboard under their stairs and bathe himself in the garden. Ian Baboc, 26, and Christina Tudor Dobre, 24, of Evans Close, Bristol were convicted under the Modern Slavery Act 2015 for four and three years respectively. A third man […]

Banksy’s ‘Devolved Parliament’ has once again been displayed in the foyer of the Bristol Museum & Art Gallery to mark ‘unBrexit day’. March 29 was the initial date set for the UK to leave the European Union and Parliament appears no closer to reaching a decision. The piece depicts the House of Commons filled with […]

Protesters met outside Bristol’s Victoria Rooms to condemn the actions of far-right group ‘Generation Identity’. The group claimed responsibility for dying the Victoria Rooms’ fountain blood red on Friday 23 November. The group also displayed a placard next to the fountain which read ‘#RIVERSOFBLOOD’ while playing Enoch Powell’s divisive anti-immigration speech of the same name […]

Blooming flowers, including springtime daffodils, are starting to be spotted all over Bristol. Unseasonable weather has resulted in confusion for many flowering plants causing them to sprout months in advance. Steve England, an award winning Bristol-based conservationist, alerted the Bristol Post on Wednesday to news of daffodils blooming in the grounds of Southmead Hospital. “Right […]

A £12 million investment for Avon and Somerset police has been implemented on the streets of Bristol, with an aim to reduce the amount of time officers spend at their stations. With the addition of up-to-date laptops and mobile devices, police are now able to complete necessary paperwork from their vehicles, eliminating the need to […]

Trenchard Street Car Park has implemented anti begging bollards next to its pay stations in a divisive move by Bristol City Council . The decision comes following “multiple complaints” to the council regarding beggars within the car park. Bristol Mayor’s office released this statement regarding the decision; “Over the last two years we’ve had numerous […]

A protest in Bristol city center which caused travel disruption on Thursday was a precursor to wider civil action and disruption, Bower News has been told. The appointed “legal observer” for the event on behalf of the Rising Up Network, indicated that the protest was a ‘training action’ for wider civil disobedience in the capital […]